5 cryptocurrency currencies to watch this week 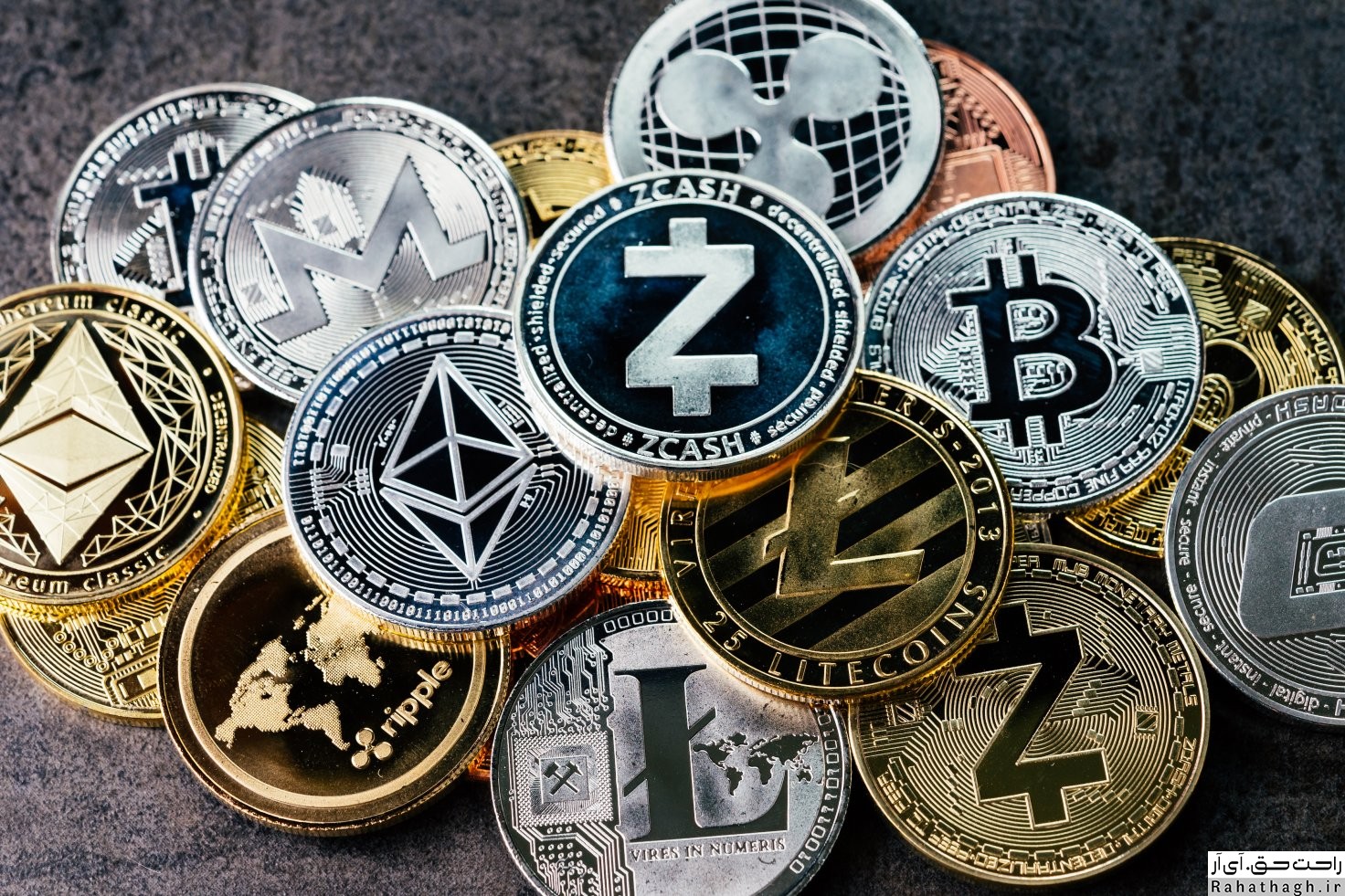 Bitcoin Fund Indicators (BTC) strengthened after the US Senate passed a $ 1.9 trillion support package bill on March 7. If traders' reaction to the bill is similar to that of April 2020, then cryptocurrencies could see another powerful rally.

This stimulus package increases the focus on the devaluation of the US dollar. According to Peter Brent, these concerns could lead some investors to turn their assets into hard or bitcoin assets instead of keeping them in Fiat currencies.

In addition to investors, a growing number of large companies are deciding to protect their Fiat reserves by buying bitcoins. Following the acquisition of significant amounts of bitcoin by reputable companies such as Microstrategy, Tesla and Square, a Chinese company called Meitu has now announced that it has added $ 40 million in bitcoin and ether to its assets.

If other companies around the world follow these steps and invest part of their treasury reserves in Bitcoin, there will be a kind of imbalance between supply and demand, and as a result, prices will skyrocket.

In the continuation of this discussion, we will examine the charts of the top 5 cryptocurrencies of the week that may resume their upward trend in the short term.

On March 5 and 6, Bitcoin fell below the 20-day moving average (at $ 48,484), but the long tail on each candlestick indicates that buyers are ready to buy at lower levels. The bulls (buyers) are currently pushing the price towards the upward resistance of $ 52040.

While the 20-day moving average is flat, the Relative Strength Index (RSI) has begun to rise to a high of 58, indicating cows trying to return.

If buyers can push the price above this resistance, the BTC / USD pair may once again touch the $ 58341 record. Breaking this level could start the next stage of the uptrend, which may continue up to $ 71,212.

Contrary to this assumption, if the price falls from this upward resistance and falls below the level of $ 46,313, the price of this pair may fall to the average of the 20-day moving average at the level of $ 42861. This level is likely to act as a strong support.

If the pair returns from this support level, they may spend a few more days in the consolidation phase. But if the bears push the price below $ 41,959.63, traders may be in a hurry to exit, which could lead to a possible change in the bitcoin movement.

In the pair's 4-hour chart, a reverse head and shoulder pattern is formed, which is completed by the breakout and closing of the price at the level of $ 52040. This uptrend has a $ 61075 target.

20-EMA has started to rise and the RSI has reached above the level of 62, which indicates a slight advantage for the cows.

If the price falls below current levels or the resistance overhead breaks the $ 47,000 minister, this uptrend will lose its credibility. Such a move could pave the way for further support at $ 41959.

After a three-day consolidation period near the $ 29 level, UNI broke the upward resistance yesterday. If the cows can keep the price above $ 29, the outlook for the resumption of the uptrend is strengthened.

Both moving averages have an uptrend, and the RSI is in the buying saturation zone, indicating that the cows are in control. If the UNI / USD pair rises above $ 33, the next price level to look out for is $ 38 and then $ 46.

The pair's 4-hour chart shows that the bears are likely to strongly defend the $ 32 upstream resistance. However, if the cows do not allow the price to fall below 20-EMA, it will indicate their strength. A break above the $ 32- $ 33 price range could kick off the next phase of the uptrend.

If the price falls below the 20-EMA, this uptrend will be invalidated. Such a move would indicate that traders are taking action to raise profits when prices rise. After that, the pair could fall to 50-SMA.

The THETA cryptocurrency is currently in a strong uptrend. Although the price of this Altcoin fell on March 7 (March 17), but the long tail on the candle on March 8 (March 18) shows the purchase at low price levels. Corrections in a strong uptrend usually take one to three days, after which the main trend resumes.

Moving bullish averages and the RSI being close to the buy saturation zone indicate that the cows are in control of the market. If buyers are able to push the price above $ 4.72, the THETA / USD pair may resume its uptrend to $ 5.73.

Conversely, if the price falls from $ 4.50 to $ 4.72 above the resistance area, it is likely to fall to the 20-day moving average ($ 3.58). The return of the price from this support level shows that because the cows continue to buy this currency when the price falls, the positive sentiments of the market remain strong.

If the bear pulls the price below the 20-day moving average, a deeper correction to the 50-day moving average ($ 2.82) is possible. Such a move indicates a momentary weakening of the currency and may delay the resumption of the uptrend.

The 4-hour chart of the THETA / USD pair shows that the 20-EMA is rising and the RSI is in the positive zone. If the bulls can push the price above the downtrend and keep it at the same level, the pair may touch the $ 4.72 level again. The defeat of this resistance can start the next stage of the uptrend.

On the other hand, if the price continues to correct, it will probably find good support in 20-EMA. In this situation, the cows are again trying to bring the price to levels above the downtrend line. However, a break below the 20-EMA could push the price down to $ 3.85.

However, the moving averages have an uptrend, and the RSI is in the positive zone, indicating that the path with the least resistance is an uptrend. If the bulls can move the price above the level of $ 0.060774 and maintain that level, the VET / USD pair can start the next stage of its uptrend.

Contrary to this assumption, if the price falls below the current level, the VET / USD pair is likely to fall to the 20-day moving average ($ 0.047). The return of this support shows that the uptrend remains unchanged, but a break below this support may be followed by price movements in a limited range.

Cows have not yet allowed prices to fall. If the pair returns from the 20-EMA, the cows will once again try to push the price above the resistance level.

If they can keep the price above $ 0.060774, the next stage of the uptrend may begin. However, if the price falls below the 20-EMA, the selling pressure is likely to intensify and the price will fall until further support at the 50-SMA.

Over the past few days, the Terra Token (LUNA) has been consolidating in the range of $ 5 to $ 8.50. Both moving averages have an uptrend, and the RSI is located near the buy saturation zone. This fact shows that the path with the least resistance is the ascending path.

On March 5, the cows were able to push the price above this level, but with this price failure, the upward movement did not continue and on March 6, the price of LUNA fell below $ 8.50. This indicates that demand has declined at higher levels.

However, if the cows do not leave the field, they indicate that traders are waiting to buy at lower price levels. In the event of such an event, buyers may try again to start the next phase of the uptrend. If successful, the LUNA / USD pair could approach the $ 12 level.

Long wicks on candlesticks above $ 8.50 indicate a higher profit margin. The cows are also currently trying to defend the 20-EMA. If the price returns from the current level, buyers will try again to resume the uptrend by pushing the price to higher levels of resistance above $ 8.50 to $ 9.

Conversely, if the bears can pull the price below 20-EMA and keep it there, the pair may reach 50-SMA. If the price returns from this level, the LUNA / USD pair is likely to consolidate in the upper half of this range for some time. The price drop below the simple moving average of 50 indicates the fact that the price may be in the range of $ 5 to $ 6.