At the DogeDay celebration, Newegg, a leading technology retailer in North America, announced that the company is now officially accepting Dodgecoin as a payment method.

"The excitement and momentum created around this cryptocurrency is undeniable. The recent dramatic jump in the Dodgecoin price also underscores the need for ease of use for this currency when customers shop."

Neweg has been a proponent of cryptocurrencies in the past. In 2014, the company began accepting bitcoins for purchase. Prior to the official announcement, the company tweeted the following promotional teaser on social media: 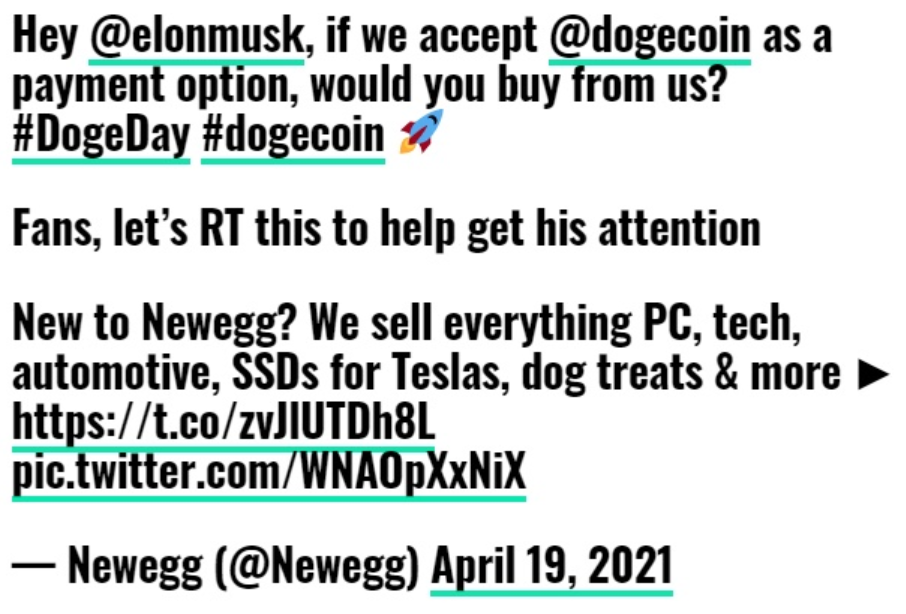 Prior to Neweg, Mark Cuban had announced that the NBA team, with the participation of BitPay, would allow people to use Dodgecoin (DOGE) to purchase tickets and merchandise.

In an interview with DealBook, Kuban revealed that he has decided to accept payment with DOGE ciphers. He has said before that sometimes you have to do fun things in your business.